Nothing like a link-up within a link-up to keep from falling off this precarious bandwagon. Joining Kendra who had the clever idea for "The Big Purse Dump" link-up. 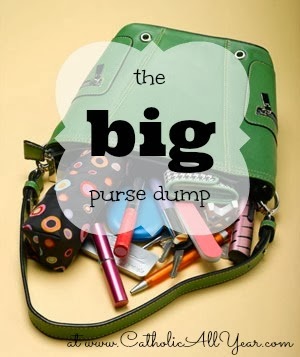 The Bag:
The Michael Kors Large Kempton Tote, a lovely birthday present from my mom. I wanted something that could kind of double as a diaper bag, which is kind of like saying the bridesmaid dresses you picked out could totally be worn again, it's kind of a myth, but this is close enough, and it was on sale. Kismet. 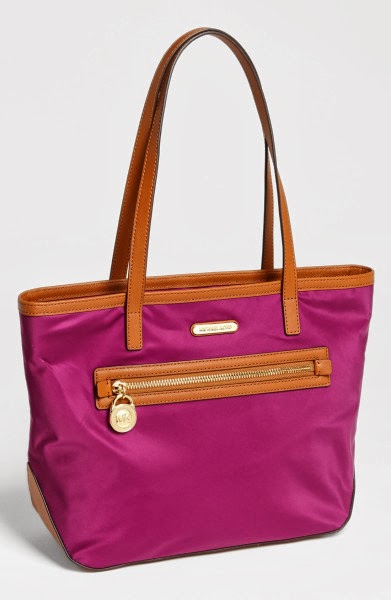 Let's Break It Down Now

Because I'm a Mom:

The overabundance of medela products is because I am, for the most part, exclusively pumping. It's a not very interesting tale you'll hear more about later this week. Lucky you.

Because It's a Purse: 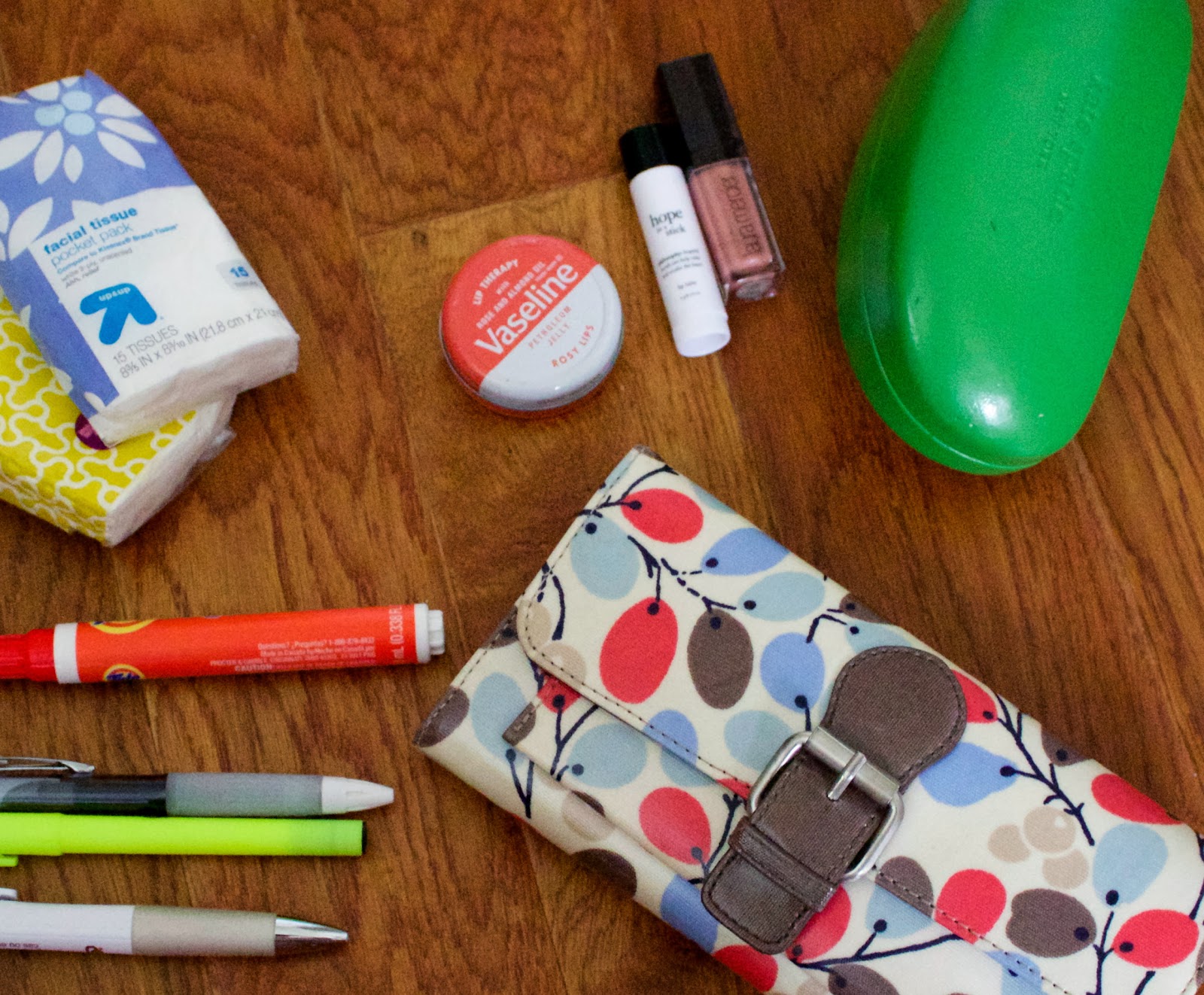 Three writing implements, 3 kinds of lip gloss, Boden wallet, Kate Spade sunglasses, 2 packs of kleenex. If I were single/going out alone, this is all my purse would have in it. True story.

Because I Seldom Clean It Out: 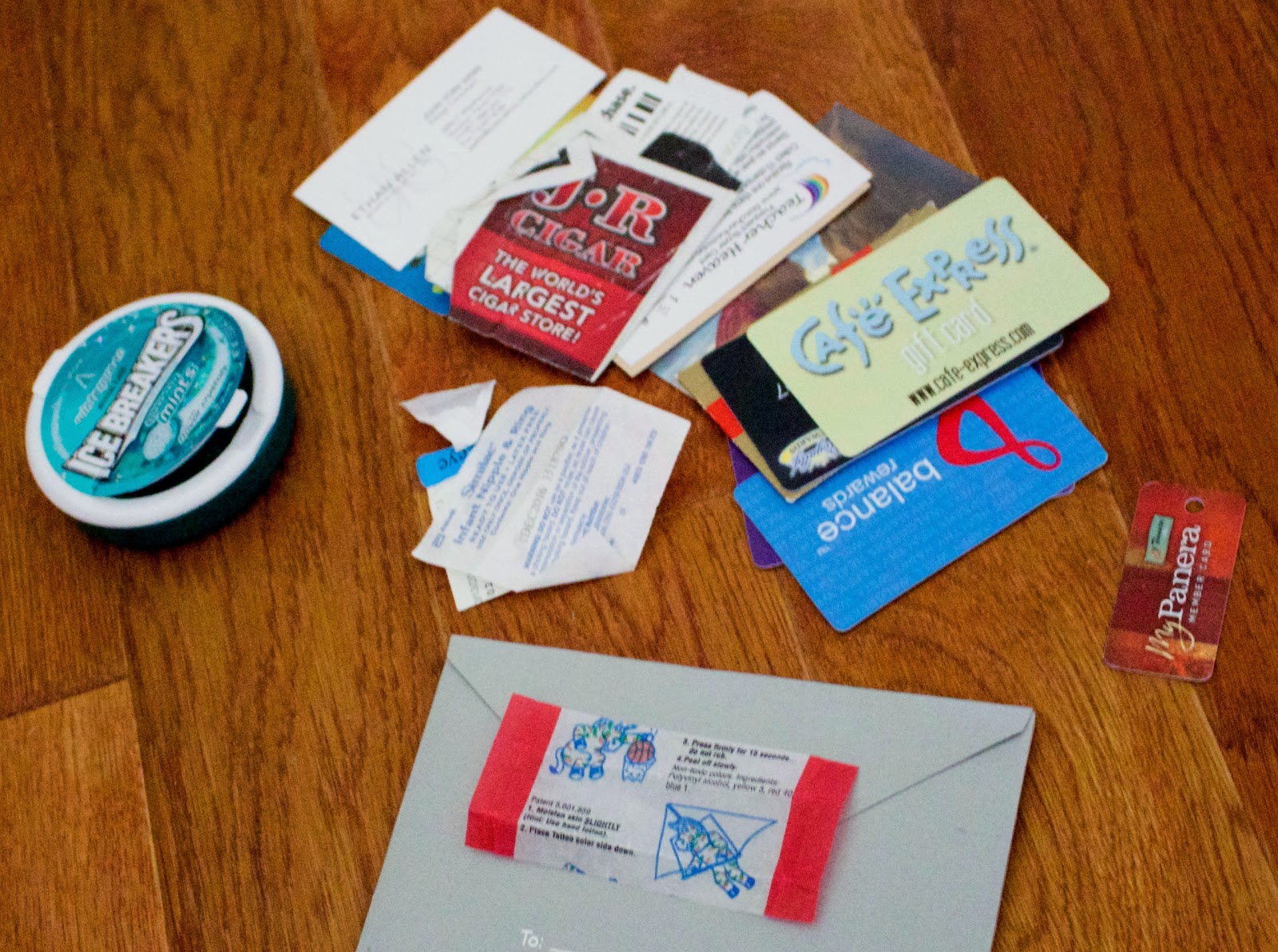 Trash, coupons, empty thing of mints, rewards cards, gift cards both to use and to give because I'm so on top of it, and the thing I'm most excited about, a Fruit Stripes gum wrapper with sports themed zebra tattoos.

Prayer journal of sorts, prayer card, rosaries, one sans crucifix, and a Russian doll that broke off a key chain. Why a Russian doll you ask? A friend brought a bunch back from a trip there (not for the Olympics.) She said its supposed to remind us to pray for Russia. 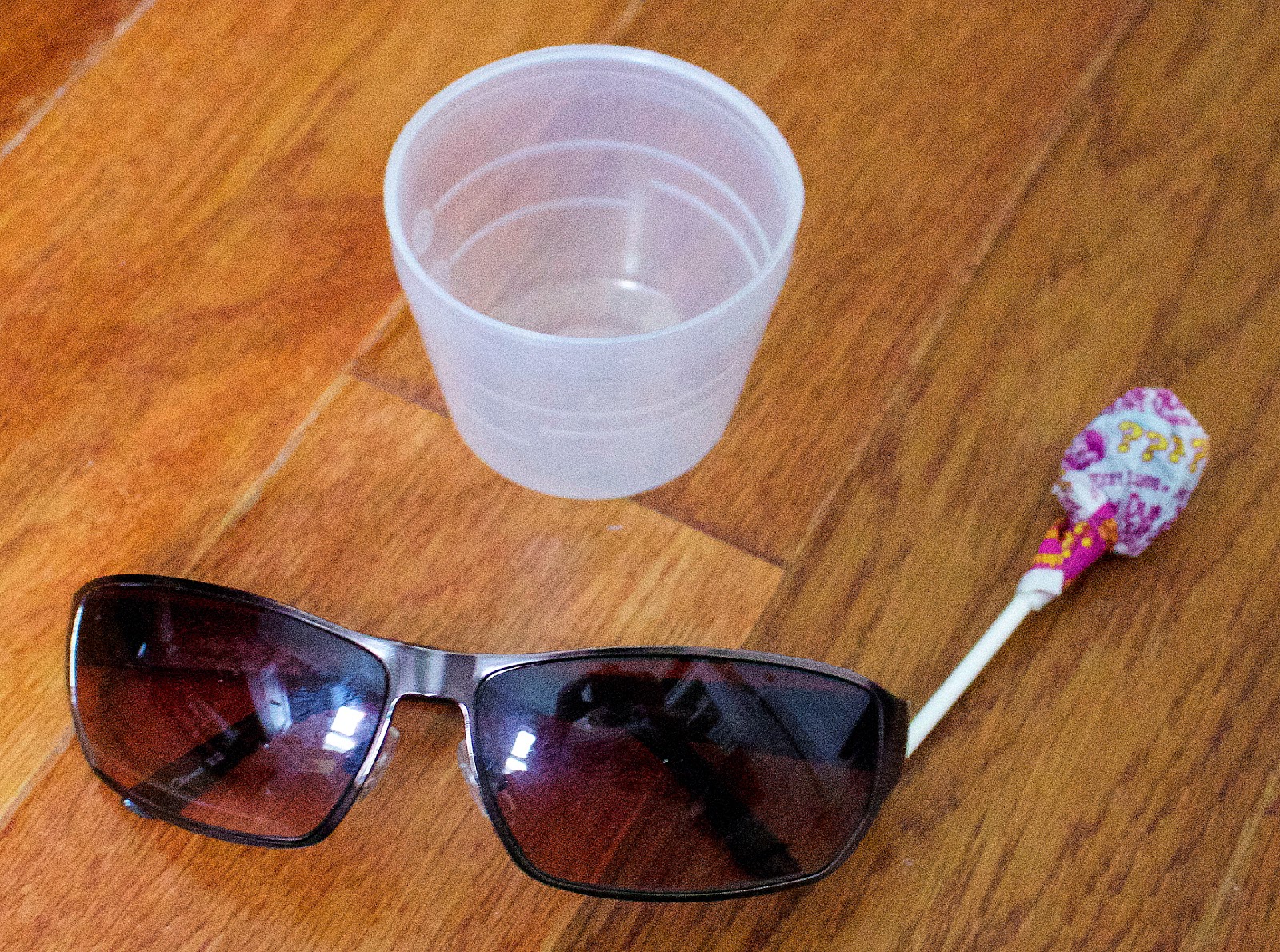 Husband's sunglasses, dum-dum from the bank where we got our cashier's check, and a cup for measuring laundry detergent, just in case.

Not Pictured:
Were I actually to leave the house as I had originally planned today, my purse would have also had a sea turtle wubba-nub, a baby k'tan, and this diaper case that makes it possible for my purse to be a purse (at least for the most part). I use the buckle to clip it to my purse straps or stroller. 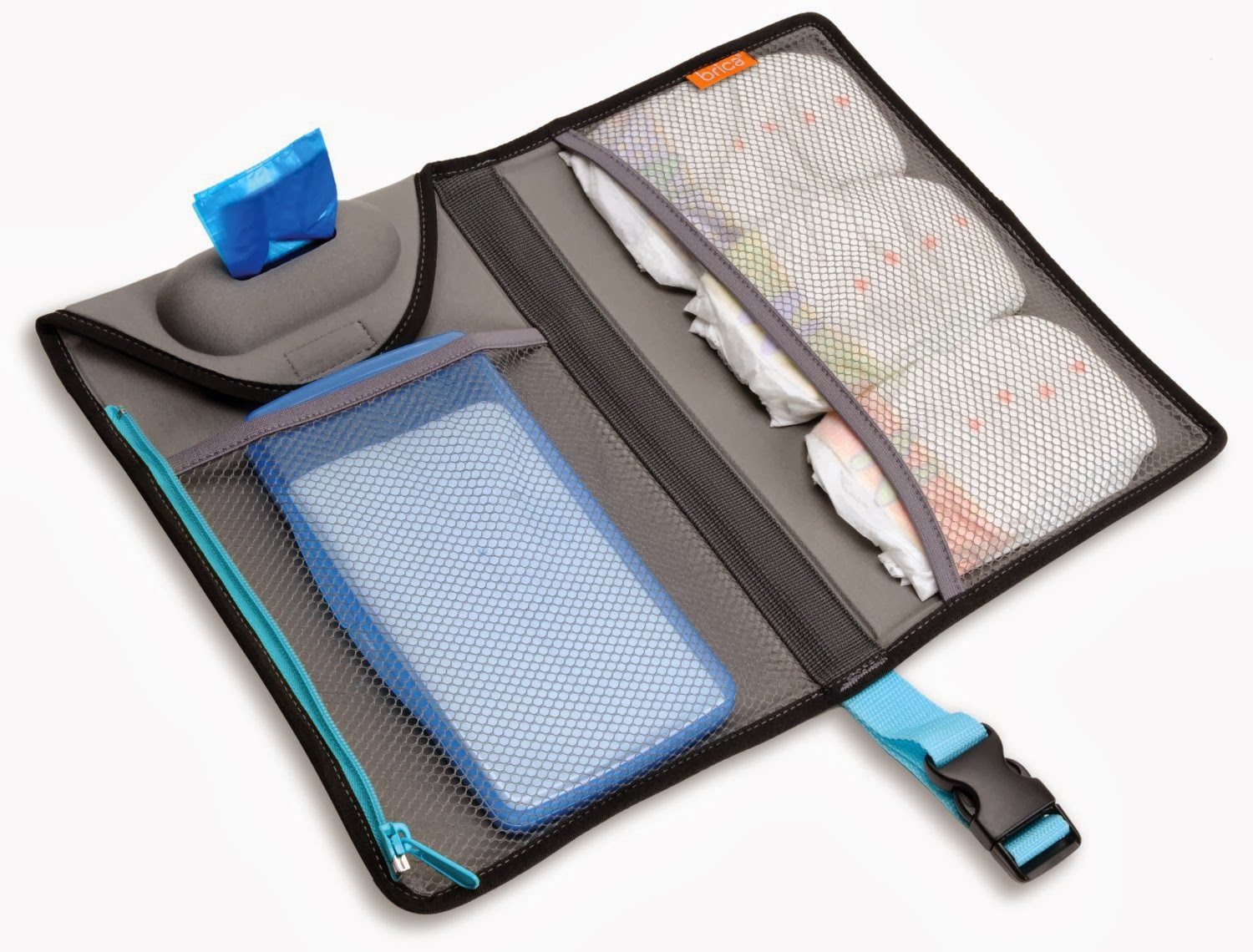 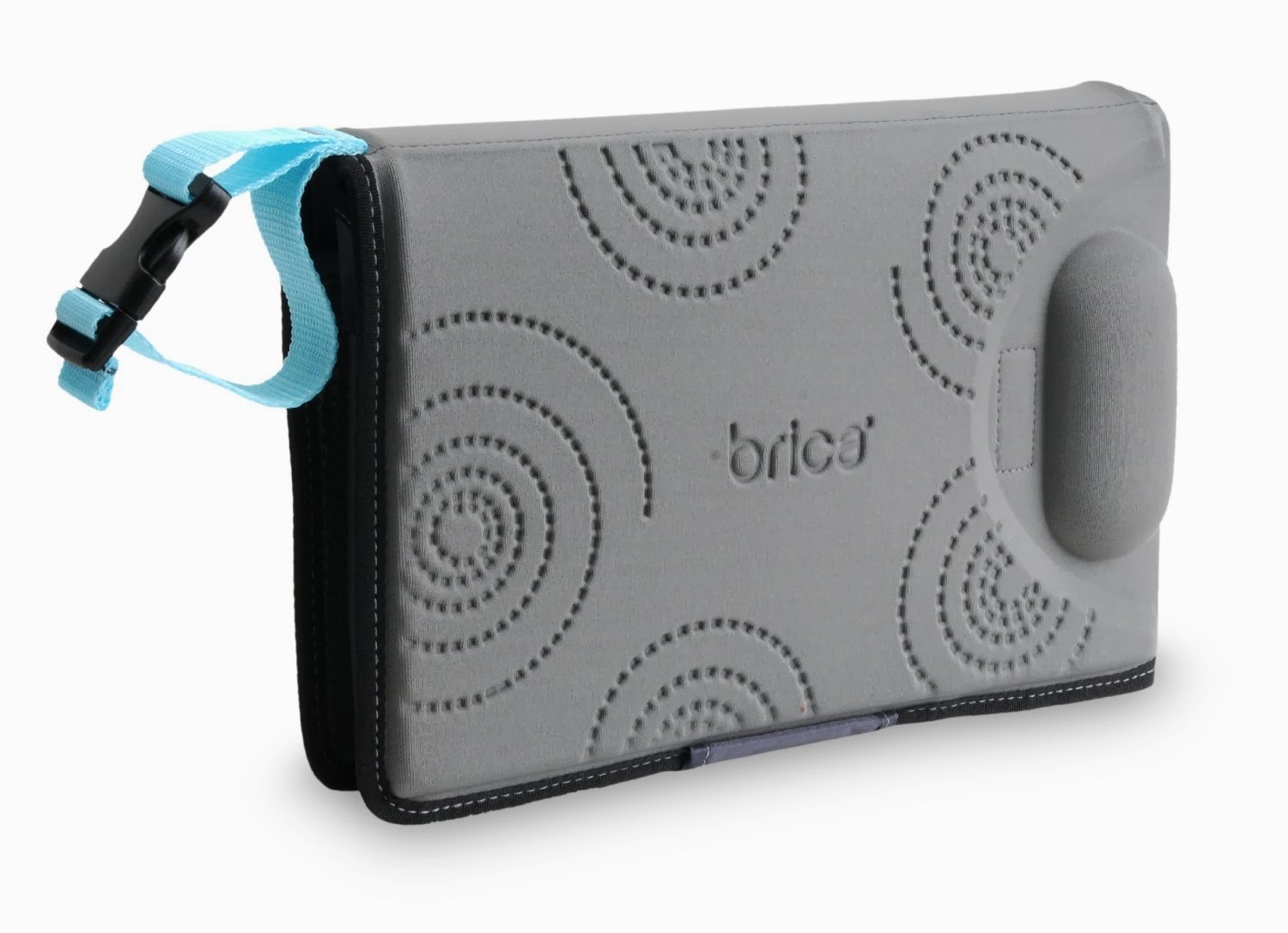 And there you have it. Gripping I know. Apologies for the grainiest of photos. But when you consider that they were taken during a 5 minute infant cat nap, and edited with one hand, I think you'll forgive me. Or not care. Whichev.