The Saga of Isaac Continues

Since last time, our young hero has returned from the hospital, details shortly.

We're far enough in that we can call this a saga, right? After 5 weeks in antepartum, almost 10 weeks in the NICU, just after spending a month at home to end up back at the hospital, that's definitely a saga. Mark's family is part Swedish, and he spent part of his childhood in Norway. I look like I could be Swedish, and probably get my blonde hair from Vikings that pillaged along the North Sea, so a word like saga rings true as a title for the adventures of our little man. 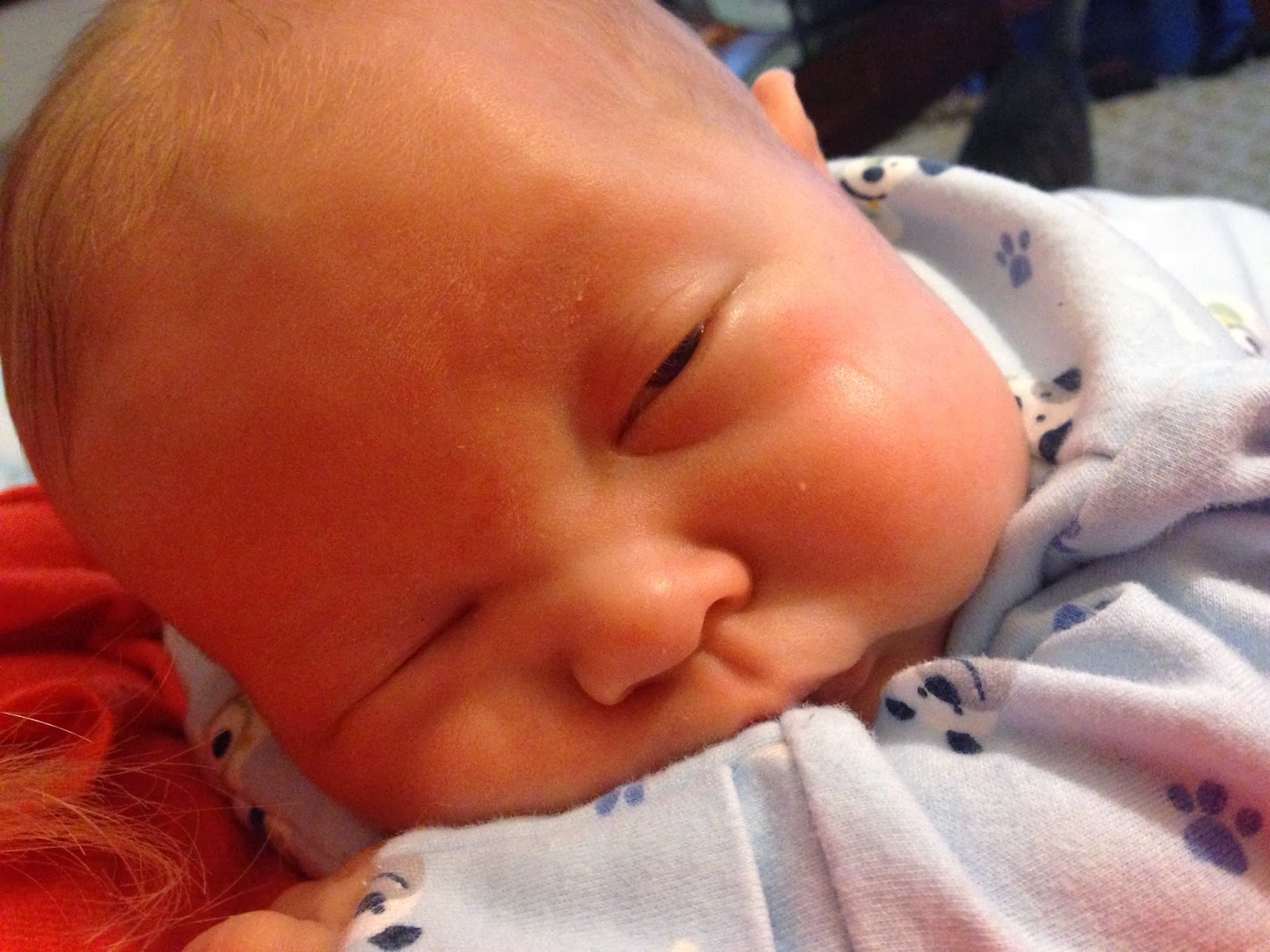 We're home now, and Isaac is mostly back to feeling like himself after his surgery. Yesterday was brutal. They were squeezing us in, and the surgeon had warned us that it would be after 4 pm before Isaac would be in the OR. Luckily, they're nice to babies about the anesthesia rules; I was instructed no breastmilk after noon, clear Pedialyte until 2. Not fun, but totally do-able! But it didn't work out like that, oh no it didn't. As I was giving him a bottle (little man hasn't figured out nursing, so a-pumping I must go) at 9 am, the hospital called.

"Can you come in right away? We can fit Isaac's surgery in much sooner than we thought. He'll need to stop eating right now."

No hospital runs right on time, and I wasn't about to cut him off mid-bottle, so he was probably done around 9:30...and I felt all sneaky clever. Little did we know. My goodness, we are such rookies, foolish, foolish rookies! You want to know what time Isaac's surgery was? FIVE THIRTY PM!!!! Never will we ever agree to "come in early" ever ever ever again. The surgical coordinator was flabbergasted that someone had called us. Too bad I didn't have a name, because he wanted one. And since there was always a chance that the surgery could be in the next hour, he couldn't have anything as each hour crept by without anyone taking us back to pre-op.

Isaac went 8 hours without eating. And he was such a champ. There was a lot of swaddling, and shushing, and swaying, but man oh man, it almost broke my heart how good he was being through it all. Maybe if one of us had screamed more, they would have magically found an OR for us. We'll never know. Around 4 yesterday, I texted my sister in NC to say that I thought a fitting punishment for the cruel (or just thoughtless) person who called us would be for whoever it was to come and hold Isaac right then and there. But then, I decided that wouldn't really be fair to Isaac. 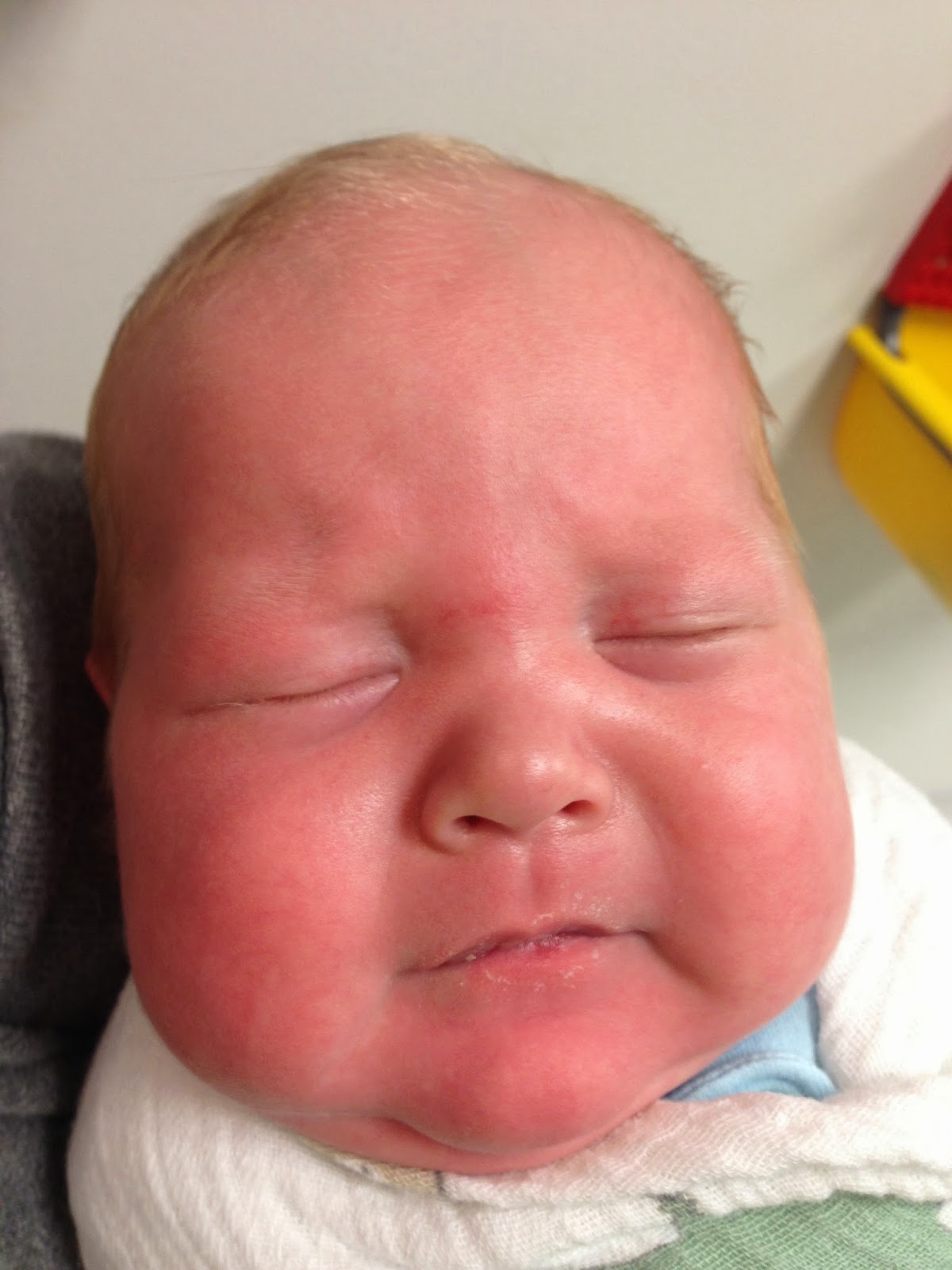 After all the sound and fury that was pre-surgery waiting, the procedure was finished in less than 30 minutes. Mark and I barely had time to (finally) grab something at the food court before the surgeon walked out ready to give us the low down. Holy Goodness, did Isaac ever need this surgery. One giant subglottic cyst that was obstructing 99% of his airway. How was he breathing? How was his oxygen saturation at 100%? How had he not choked on the tiniest bit of mucus or spit-up? We're still dumbfounded at the merciful goodness of God.

Recovery was rough; the little guy was so disoriented, and hungry, and in pain, and not wanting to swallow so he wouldn't even take the tylenol the nurse tried to give him. .1 cc of morphine sent him off to sleep for another few hours, and when he woke up, he definitely seemed more like the Isaac we know and love.

Spending the night at the hospital was surprisingly smooth. We even got discharged when they said we would. Isaac will go back to the ENT in a month to make sure the cyst hasn't returned. There's a chance he might have to have the same procedure again, but we can't know that yet.

I'm linking this post up at Kendra's miracle link-up, because there are just too many miracles in Isaac's life to pass up:

Are you overwhelmed yet? Because I sure am. Isaac, I don't know what God has planned for you, but clearly, he really, really wants you to be here. The adventure of your life will be to find out just what that plan is. For right now, I think that plan is to catch up on all that milk you missed out on yesterday, which you're already doing.
Posted by Anne B. at 6:21 PM