Nothing gets me blogging like being tagged in a meme. Thanks big sis! And in my quest to make the text size larger, I fell down the rabbit hole of a total blog redesign. Thank goodness for patient husbands well versed in Gimp. I hope you like the new look! It's still a work in progress, but close enough for government work.

1. This is hands down my favorite Lean Cuisine. Spicy braised beef with mashed sweet potatoes, yum! I like it so much, I plan to make a from scratch version for dinner one night this week.

2. Onto things more actually about me. My confirmation name is Rose. Which of course is after St. Rose of Lima, but my immature 7th grade self also did it in homage to Rose, from the movie Titanic. A movie I wasn't allowed to see, and when I did see it, I didn't even like it! I especially didn't like Rose. Pretty shallow right? But St. Rose, who I do like, let me know she doesn't hold it against me. In Rome when I studied abroad, I visited the church of another patron saint of mine, the church where St. Catherine of Siena is buried.  Turns out, the first side altar on the right is in honor of St. Rose of Lima. You may think it's coincidence, but I don't.

3. We played Dungeons and Dragons as a family. My dad was the dungeon master and we all had our own character. Mary was a wizard named Imo (after the best thin crust pizza in the world, which I just learned will ship anywhere!). Ed was a warrior name Scamper after this adorable penguin. A fact which I teased him mercilessly about, and when Scamper died in combat he came back as Scamp and then Scampi. We were a creative bunch. Even my three year old brother was a dwarf named Bubbi (that's what he said he wanted to be called) who had a strength of 10 (that's the highest, fyi) I was a cleric, because someone needed to cast healing spells during combat. We played for years, even after the older ones got too old to enjoy it anymore. My time playing D & D came to an end when one Saturday I had to get a haircut, and my brothers decided to marry my character off to a warlord to save their own skins. Figures. 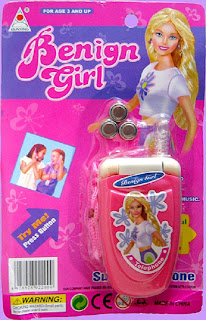 4. This one is inspired by Colleen at Martin Family Moments. Colleen, we didn't grow up with barbies either which led to some birthday party awkwardness. I still squirm when I remember the second grade birthday party of a friend. The party favors were clearly rigged: all the other girls got off-brand barbie dolls from the grab bag, and I got a box of sidewalk chalk. What are the chances? It was pretty pathetic how disappointed I was, and got even more so when I begged all the other girls to trade. All I could think was, "How did that mom know!"

5. Have you heard of the Five Love Languages? After discovering The Temperament God Gave You (choleric-sanguine, thank you very much), it's  the perfect next step in self knowledge. There is definitely some truth to this whole love language thing, but I think they left out some categories. While it's true that I usually most appreciate physical affection and quality time, my real love language is potatoes, in all their forms.

And there you have it, things about me, book-ended by things that are mostly about food and a little bit about me. Maybe for the second half of Lent, I should resolve to post more things of substance on the old blog. And to carry on the fun, I'm tagging Mari, Martha, Kathleen (it's Sunday, you can still squeeze it in!), and Kate who did the Moxie Wife link up but not this here meme, so I'm saying it doesn't count, mostly it's part of my genius master plan to make her blog more.