The jury's still out, but it's quite likely that I am, in fact, an old lady. The signs have been there for a long time. 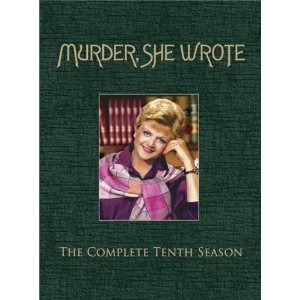 But, I think the real clincher is that lately, mostly to since I am in denial about school starting soon, I've been watching lots of Murder, She Wrote. I like it because sure it's a suspenseful murder mystery, but you're never scared too go to bed afterwards, and instead of the loud-mouthed cop routine, Angela Lansbury gathers her facts and clues by being polite and kind instead of brow beating. And you have to love those 80's styles!
Mark has been rolling his eyes at my new-found interest. Choice quotes include: "Isn't getting into this show like getting into Golden Girls?" but the one that takes the cake is this little text interchange: 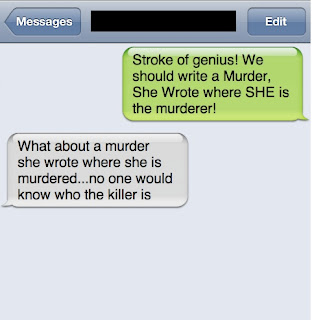 Signs of thinly veiled hatred perhaps?
Posted by Anne B. at 2:31 PM