The Communion of Saints: It's Awesome. Mark and I are so grateful to everyone who sent their prayers and love, and have been praying for all of you.  The communion of saints is a wonderful thing. It's your prayers that are helping us find the silver linings as we deal with our grief. Talking about Raphael was healing; the outpouring of love was and is overwhelming. I received so many messages from friends and loved ones, sending condolences and also sharing their own sorrows, some of miscarriage and some of infertility, that it gave me a new understanding and deeper appreciation for the communion of saints. When one suffers, we all suffer and when one rejoices, we all rejoice, and we're united in prayer through it all. 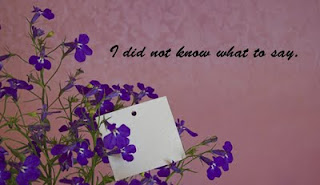 On a related note, people don't always don't know what to say when faced with grief and that's okay. Cliches become cliches for a reason-they're true. Sometimes a heartfelt "I'm so sorry" "how awful" and "I'll pray for you" are all you need to hear and it's comforting when you hear them.
#5 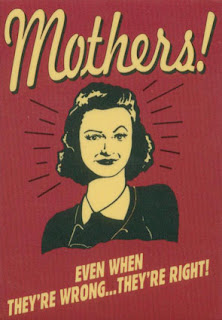 And it is pretty awesome that we now have someone in our corner up in heaven. I mean, can a child in heaven really tell his mother, "No, I'm not going to ask God that for you." All I can say is, he better not.  That's what oldest children are for, right? To help their parents out, and to be embarrassed by them.
#4

And for something completely different, Mark dragged took me to this store today. In his own words, "It's the place to go if you need resistors, LEDs, or any other electronic component." Which really doesn't explain why we bought 4 of the same Phillips screwdriver while we were there. I'm just glad I know where it is now in case I need a new flux capacitor, mine's been on the fritz. Stay tuned for the debut of the recurring column "So I Married a Techie."
#3

To make up for our little trip to EPO, we then went to Wal-Mart and bought some 50% off Easter candy. There were no Cadbury eggs left, sigh, and they only had the off-brand Peeps. Did you know there was such a thing as off-brand Peeps? But there were Dove milk-chocolate bunnies. And they were solid.
#2 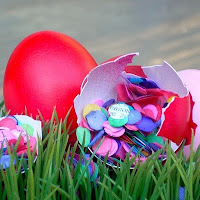 They also had cascarones, which are empty egg shells, dyed and filled with confetti. What you do is break them over unsuspecting loved ones' heads. Once only available to the crafty, or at roadside stands, they are everywhere this Easter and it looks like Wal-mart overstocked.  2 dozen for $1, not bad.
#1 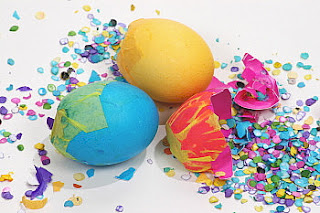 What might have been bad was that I thought it would be a good idea to attack Mark in the car with one, and then he retaliated, and then we went through most of them pretty quickly. After the battle, we left a trail of confetti wherever we walked. Our apartment looks like we had quite the party and I'll be arriving at school for the next month covered in confetti, but it was so worth it!
Posted by Anne B. at 11:53 PM